Pin Loom Weaving on the All n One Knitting Loom 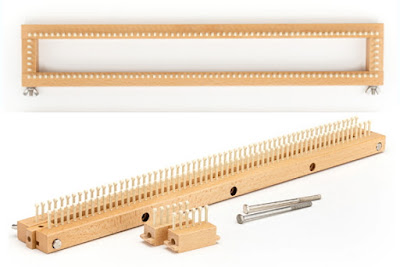 I personally believe that any weaving frame that has pins or posts located all the way around counts as a pin loom.

This is a Kb 5/16's All n One Knitting Loom using the two inch side pieces. 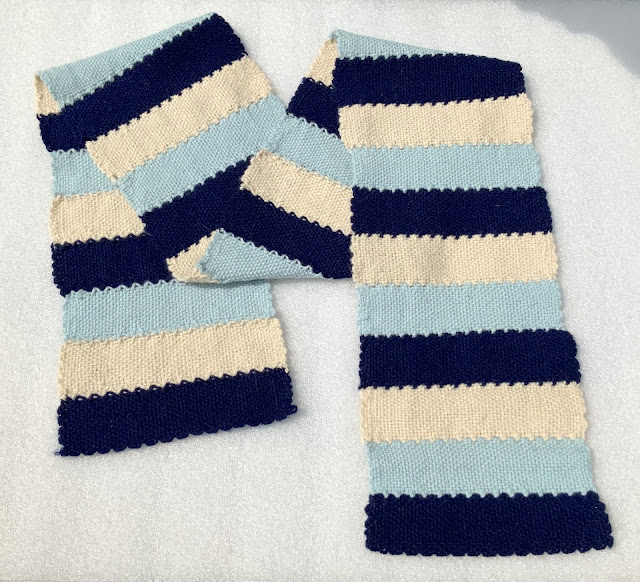 Which is how I came to start weaving pin loom rectangles on a Fine Gauge All n One Knitting Loom from Kb Looms. I had been weaving on the smaller Fine Gauge Original Sock Loom for some time and found it to be a fun, easy process. (All the directions for weaving on knitting loom can be found in Pin Loom Weaving To Go.) But I wanted to be able to make a piece that was longer than 7 inches. The All n One Knitting Loom can weave a piece up to nineteen inches long, more than I needed for this project.
This scarf is 69" by 8 1/2" and is made up of thirty-one 2 1/4" x 8 1/2" rectangles. I liked the repeating pattern, and was planning to make ten in each color, but then decided to put a dark navy rectangle on each end.  The yarn is Plymouth Yarn Encore acrylic/wool worsted weight.

This is my All n One Loom while I'm weaving one of the pin loom rectangles. The lovely thing about weaving on it is that while you are producing a simple, pin loom rectangle, you can easily use a wider variety of yarns, especially thicker yarns, because of the wider pin spacing. This also means that it is  easier to pass the needle through the pins.
Whenever I am weaving on a narrow setting on a knitting loom, I use the Susan Bates five inch weaving needle. It has an enormous eye, it is a bit thicker and much stronger than the normal pin loom needle and it is inexpensive and easy to find. 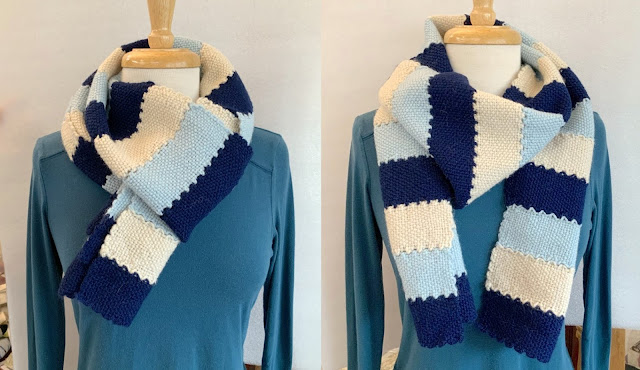 This is definitely a cold weather scarf intended for Minnesota winters. I joined it using a mattress stitch, which is amazingly quick. This pattern would work well, maybe better, if it was woven in a DK or light weight yarn, maybe with more variation of color within the blocks.
But let's face it, what is the point in having a larger loom if we can't make larger pin loom squares/rectangles? 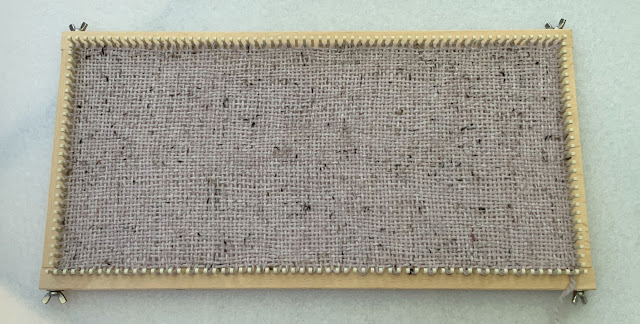 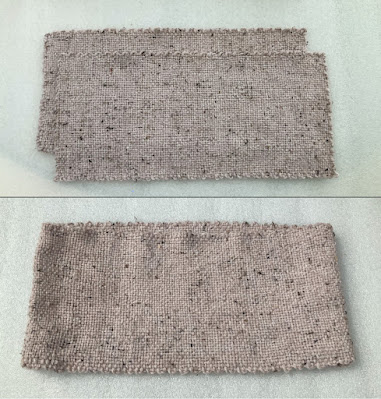 This is the Fine Gauge All n One Loom set to it's largest dimensions. I swapped out the two inch spacers for the nine inch extensions so that the weaving area measures 9" x 19". The yarn is YUMMY by The Hook Nook. It is a #5 bulky yarn in acrylic and wool.
I wove up two pieces in the same size. They measured eight inches by eighteen inches off the loom. Each piece took about 60 yards of the bulky yarn.
I joined the two pieces to make a cowl. After joining, I pulled up three weft yarns in three equidistant places in order to gather the cowl in a little.
The result is a simple, very wearable cowl made with great ease on a knitting loom! 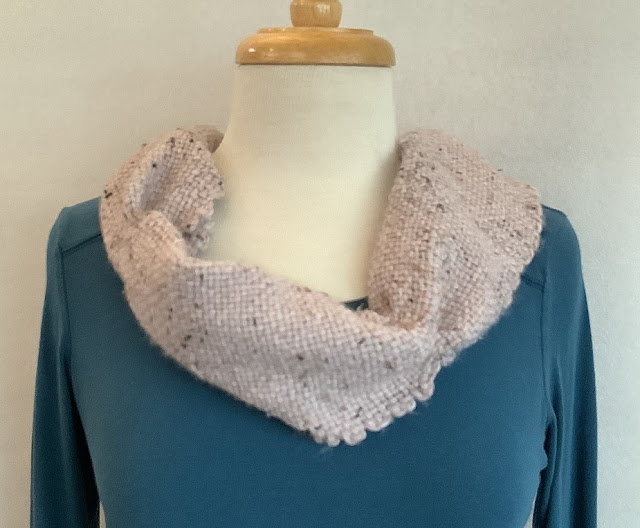 Of course, that's not the end of the story. There are endless possibilities with weaving.  This last piece was also woven on the All n One Loom using the extensions. It measures 9" x 12". It has almost twice as many ends per inch as the cowl and that, along with working in the pattern, made it much more challenging to weave. I'm not saying that I wouldn't weave something like this again... but I would have to have a darn good reason for going to so much trouble. 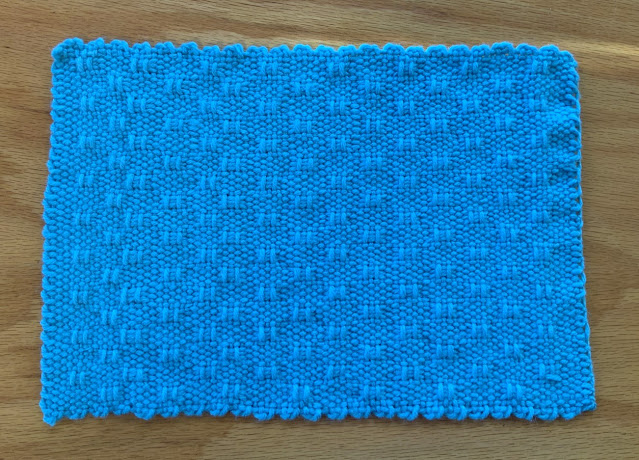 I feel like I would have been better off moving up to a rigid heddle to accomplish this look. Plus a rigid heddle would have given me the space to make something a bit bigger, so that it could be used as a place mat, or woven in cotton for towels or dishcloths.

On the other hand, the All n One cowl was so much fun to make that all my relatives may be getting one for Christmas this year. "It's a cowl, Uncle Jim, just deal with it."

Posted by Margaret Stump at 1:12 PM