My mother purchased two Weave-it looms, a 4” x 4” loom and a 2” x 2” loom, when I was ten years old in order to make a baby layette set for my little sister. My weaving at that time was confined to making a few 2" x 2" squares and turning them into a toga for my troll doll. 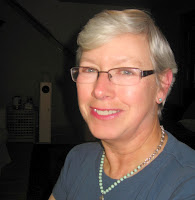 A few years later I found the looms in the attic and began to try to weave with them. My first effort was an astonishingly ugly cushion cover that was woven in mustard gold yarn with burgundy edging plus burgundy cross-stitched decorations. It was hideous. I kept that early attempt hidden away for a number of years and then
snuck it out to the trash. I never took any pictures of it and if I had, I would now deny it.

My next creative effort came several years later when I was living in Tucumcari, New Mexico. I decided to use the looms to make some representations of old buildings. The Crescent Creamery was one of the first building that I wove and assembled. I have always been fond of old buildings and, considering that I have been devoted to working in a medium of tiny woven squares, they have been a good subject. I soon began to put together patterns for use with Weave-it looms because I loved weaving with them but I didn’t have any pattern books to follow.


In an ironic twist, at about the same time that I was considering putting together a course to teach weaving with Weave-its, I learned that the Scoville factory that had been manufacturing the looms had burned down and there were no plans to continue making the little looms. I had ideas and patterns, but no one to share them with.

That did not stop me from weaving and assembling blankets, hangings, and a variety of small items. My only concern was that something might happen to one of the looms that I had inherited from my mother because, as far as I could tell, I had the only set in New Mexico.


And then the world changed again and Ebay was born. There were other people with looms and some of those looms were for sale. Like a child of the depression who keeps a full pantry, I bought and squirreled away a number of back-up looms that I continue to use. I love having a selection of looms so that I can wind several at once for a project, then weave them each in turn.

Soon after finding Ebay I found Licia Conforti, who was responsible for the Weavette™ looms--made in the same sett and sizes as the original Weave-its including rectangle looms! It was heaven.

At that point, knowing there were other people with a variety of pin looms, I wrote, printed and started selling Weavies One; Contemporary patterns for Weave-its, Weavettes and other hand looms. The book was very well received for over ten years.

Several years ago, I was approached by Stackpole Books to write a new book of patterns for small looms, Pin Loom Weaving; 40 Projects for Tiny Hand Looms. With one exception, the pin loom projects are entirely new to this book and include a wide variety of items from really cool blankets for adults, toddlers and babies to smaller items for home and personal use as well as a number of three dimensional items, as shown on the cover.

Regarding the exception, Weavies One included patterns for dolls made entirely with woven squares and rectangles and a few chenille sticks as well as patterns for Amish style doll clothes. The doll and clothing patterns are available in Pin Loom Weaving along with new patterns for a variety of animals and matching house and barn totes.

I do not want to leave anyone with the impression that Weavies One and Pin Loom Weaving are the same quality of book. They have the same author and they are both devoted to making things with pin looms, but the similarity stops there. Pin Loom Weaving has gorgeous pictures, professional binding and was put together with the assistance of incredibly knowledgeable editors so that it will support, engage (and hopefully delight) the weaver and craftsperson.

If this narrative seems to have gotten hung up on Pin Loom Weaving, that very much matches my current experience. I have found that having the opportunity to share my ideas through this new book has further inspired me, so that I have a bunch of new ideas and patterns that I want to share as well. Unfortunately, the ideas are coming a lot faster than the time needed to complete them, so you may notice a number of ideas that has been posted without written patterns or patterns without completed items. Please be patient, there is no reason that I can’t get everything finished in the next five... to ten... to fifteen years.  In the meantime, I have so appreciated your thoughts, ideas and comments. There is nothing that I have posted that cannot be improved by the imagination and comments of others.

Thanks so much for visiting the Pin Loom Weaving site. Please feel free to leave your comments or to write me at pinloomweaving at gmail.com. 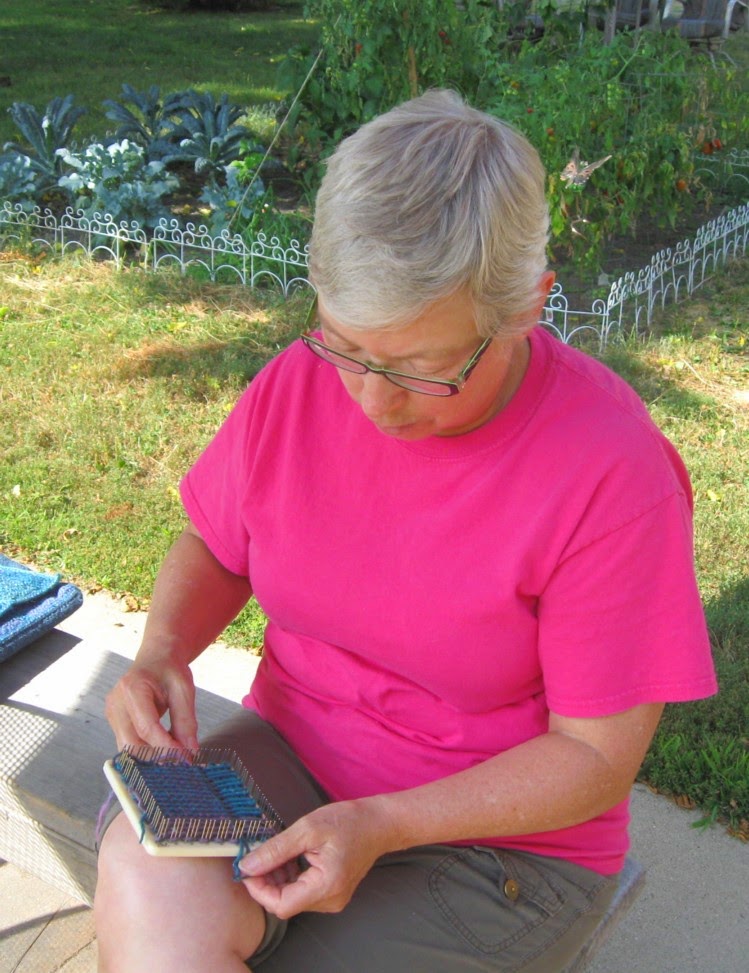 Margaret Stump, nicknamed Meg, is a wife to Jerry and the mother of two grown children, Aaron and Taylor. She has worked in a number of fields during her adult life including sales and social work. She  is currently working as a mental health therapist.