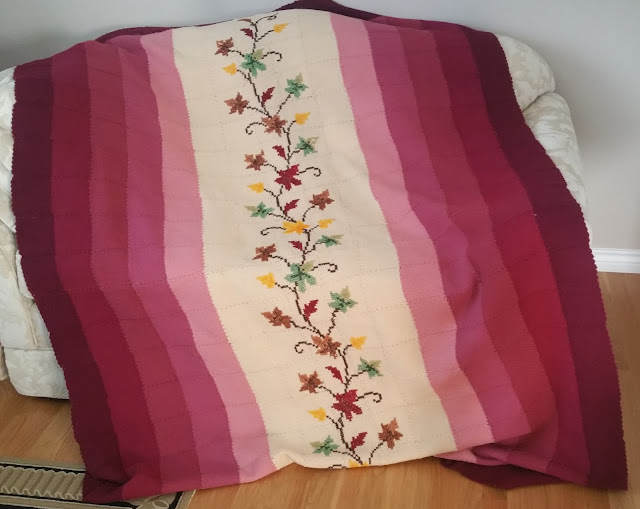 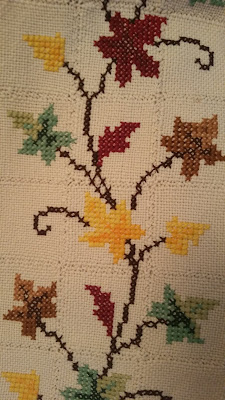 One of the most fun parts of going to fiber fairs is meeting and sharing with other pin loom weavers. While I was at the Oregon Flock and Fiber Fair (aka. OFFF), I met Nancy Mills-McHaffie, who was willing to share these cool pictures of a pin loom creation from the 1960's. To quote Nancy:

This embroidered pin loom afghan was designed and made in the 60's for a fundraiser by the South Dakota Eastern Star, Bryant chapter. It was won by Hattie Schanck and, over time, handed down to her granddaughter, Karen Schanck.

By the look in these pictures it is in exquisite shape. I am astonished by the amount of work that was put in to the cross-stitching, but if you look at the early patterns for pin looms* many of them have this type of embellishment. I showed the pictures to a weaver friend who thought that it had likely been made from a purchased pattern. Since the old books were all in black in white, I may have seen it before but just didn't recognize it.


I'm really glad to see that the pin loom has its own tradition. I have heard from a number of people about special warm, woven blankets that had been passed down the family for years but nobody knew how it had been made. Now that knowledge is coming to light.

FREE PATTERNS-->  *If you are interested in the old pin loom patterns, check out eLoomaNation.com, the ultimate site for all the old pin loom pattern books. (let me know if you see this pattern among them). In addition to being able to download personal use PDF's of the 30's to 60's pattern books which include interesting historical elements such as pin loom woven women's business suits from the 30's, bedjackets and kid's sailor suits, you will find some great books of weaving patterns, which are just as fun and usable today as ever. 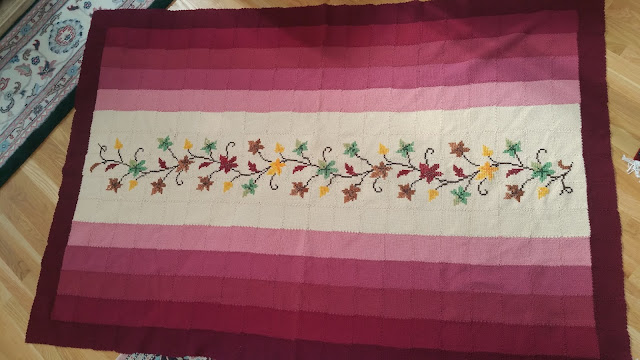 Here's an addition to the story of this classic blanket. Suzanne Eakin of pin loom angel fame as well as swakins note below have found the pattern in WEAVE-IT AFGHANS, Book 4, by Anne Orr. This book of is one of the many available at Eloomanation.com. It looks like the weavers of this particular blanket chose to change the color way from autumn tans, orange and browns to reds. 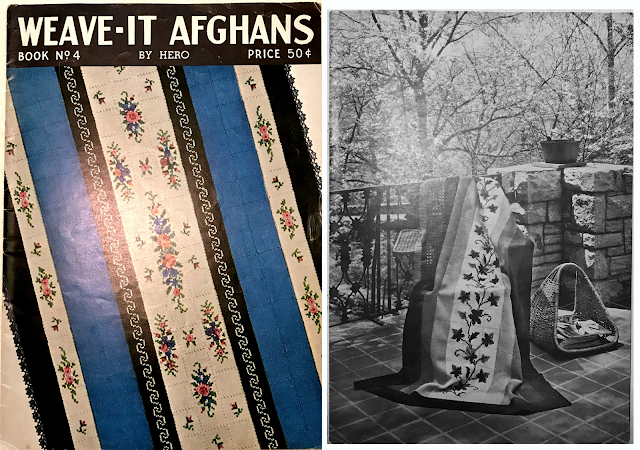 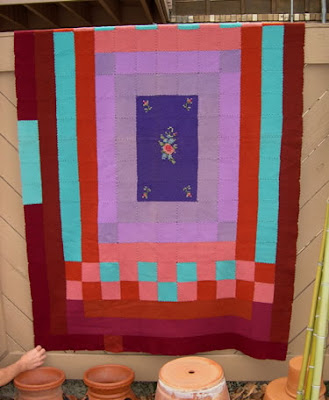 One more item. This is a picture that was sent to me a long time ago, I don't have a name attached to it.

The interesting thing is that it is probably about as old as the 1960's afghan above, but its kind of a transition piece, with a carefully cross-stitched piece in the middle, surrounded by the lavender/purple squares that are perfectly balanced to a  much looser, more open and lively pattern.