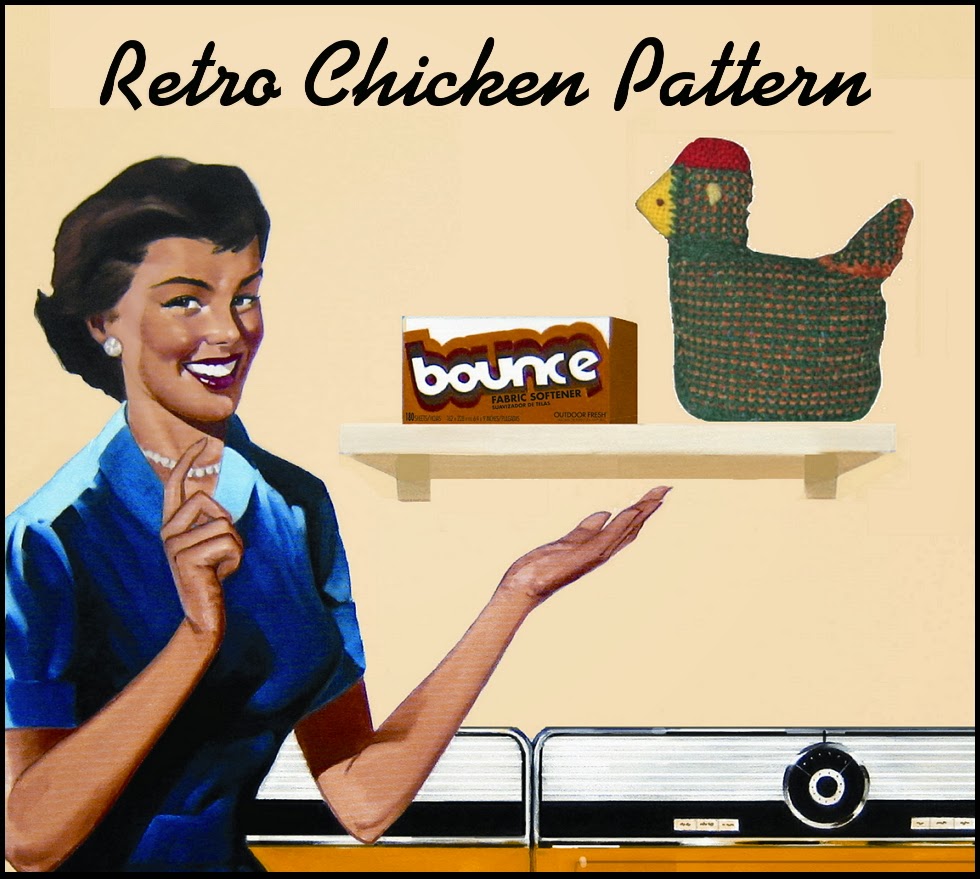 The pin loom chicken pattern was developed a number of years ago and appeared in my first book, Weavies One.

The first chickens had no wings, like the example on the shelf. The wings are an option that offers great little pockets for storing things away that you don't want to lose... unless you forget that you put them in the chicken wing. I find the chickens to have an interesting, if beady-eyed, personality. 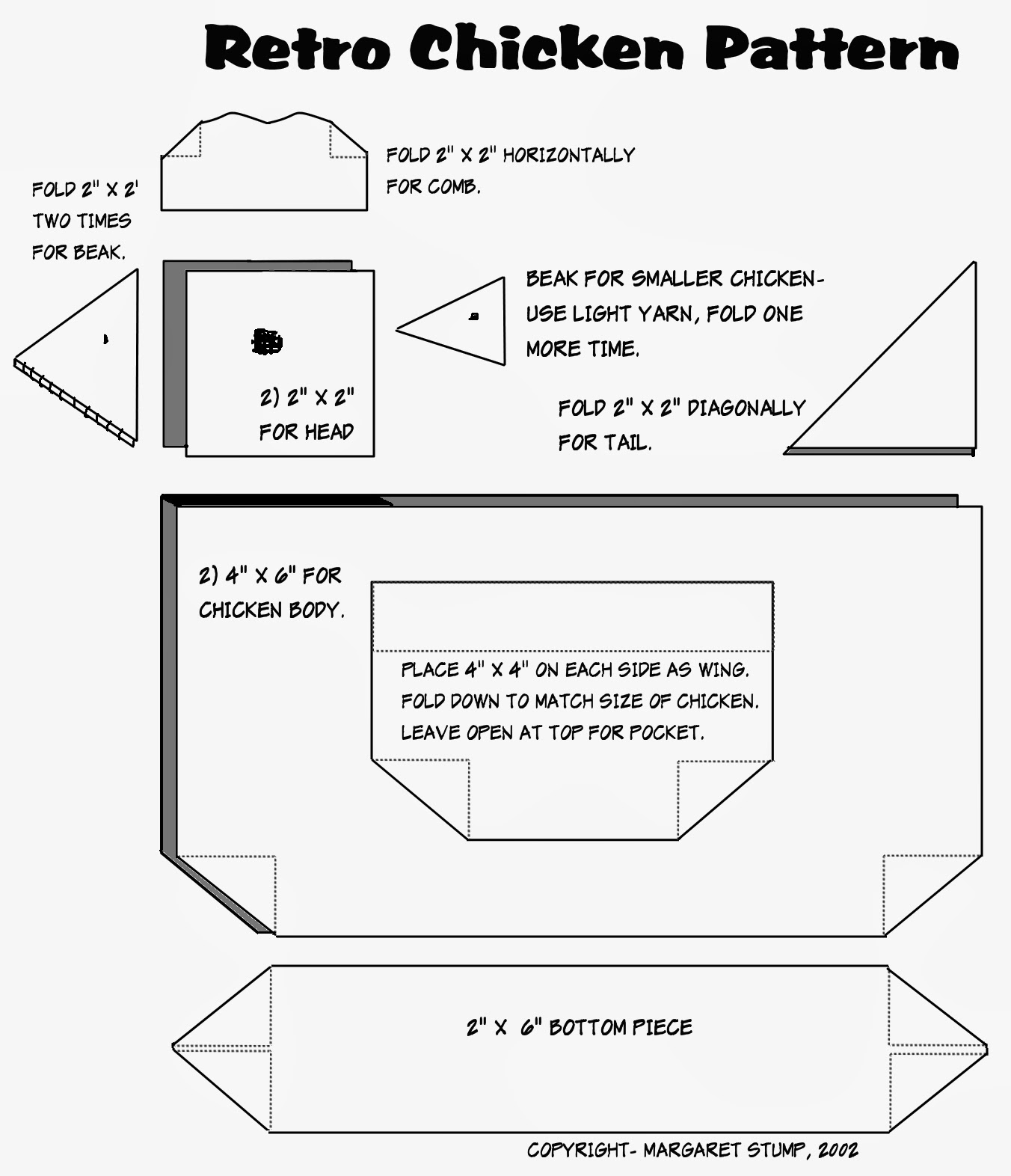 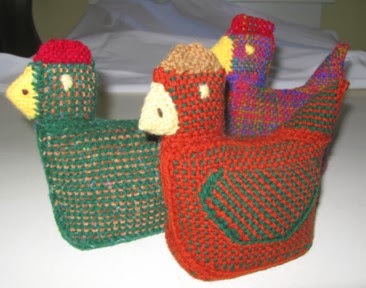 Materials:
Yarn - All of the examples are made with worsted weight yarn and worsted weight chenille yarn plus polyester stuffing and some plastic pellets at the bottom for extra weight and stability.

The original chicken pattern called for all of the pieces to have a single crochet edge and be joined using a whip stitch.

These examples of the chicken pattern also show some of the variations made available by choosing a mix of yarns. For example, the green, wingless chicken was wound with one layer of beige chenille yarn, then finished with a green worsted weight yarn. This worked particularly well because weaving with something very fuzzy, like the chenille yarn, can be difficult. The yarn can break or knot up. By winding the difficult to weave with yarns onto the loom first you can integrate them into the weaving without having to manipulate them so much.

I made one new generation chicken-- shown below with the horizontally striped wing. Instead of using a single crochet edge on each piece and whipstitching together, this chicken is joined using a single crochet to join the two pieces, then the join is turned to the inside. You can see a close up of the two approaches on the Pin Loom Essentials page. 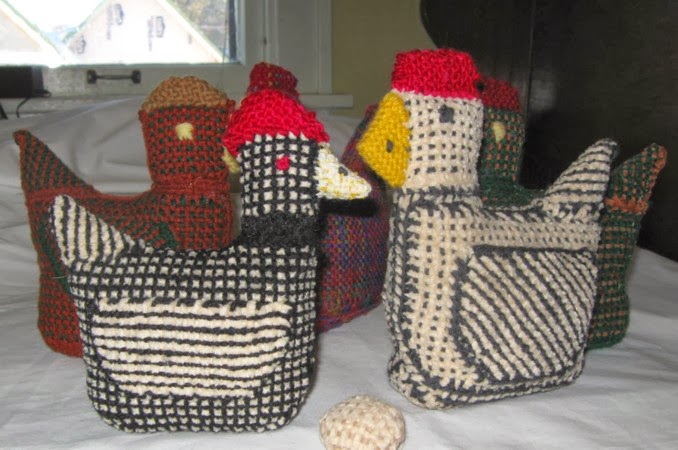 One of the chickens has apparently laid an egg. The egg was woven with one layer of chenille and an off-white worsted weight yarn. I wove two 2" x 2" weavies that were stitched together with a running stitch, leaving a hole at one corner, then turned inside out and stuffed.