After falling off of my very lax schedule of posting a couple times a month, I found that I needed some inspiration to get back in the swing of pin loom weaving and writing about it. I ended up going through some very old boxes that had been lost in the basement and found a hanging that I did in about 1980. Sad to say that the mice had found it and made the most of it. But despite some holes and evidence of an ancient mouse nest, I still like this hanging very much. I completed it back when I was falling in love with weaving squares, but struggling to figure out what to do with them. The strips of cloth between the colored squares were sewn from upholstery cloth that I had dyed black. 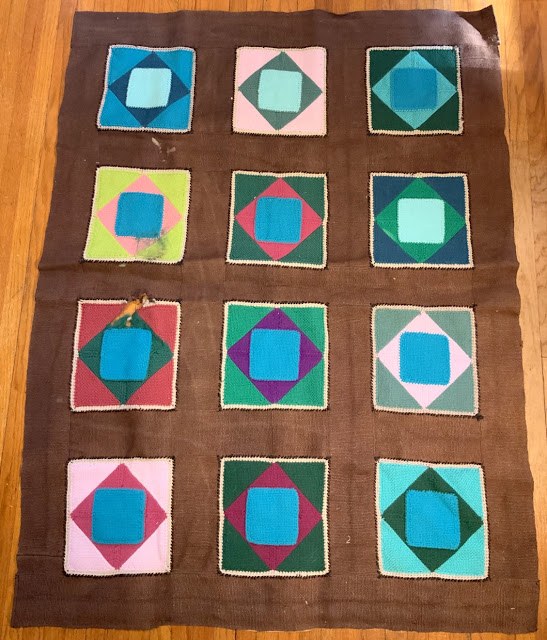 I also found the original paperwork and one so-so picture of an early weaving project, Victorian House. I am really quite proud of the project except that I look at the construction and wish that I could go back in time and teach myself how to properly join the squares.  It took me another thirty plus years to build a library of good pin loom joins. 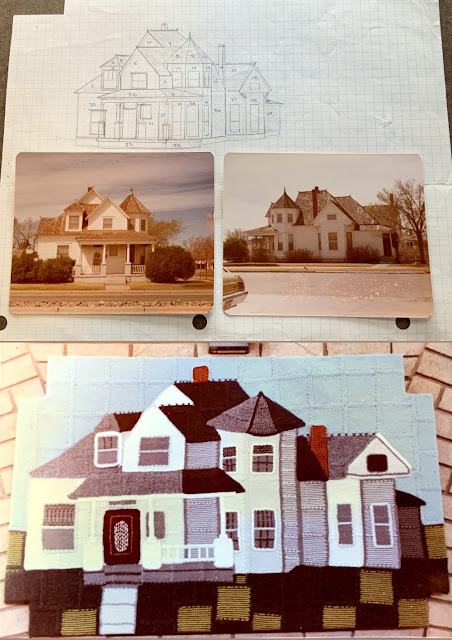 That's it. Two pieces that I feared would never see the light of day again. I will get back to posting on current projects again very soon.  I hope everyone is well and working to be patient in dealing with the many issues (plague, crazy violence, etc.) that we are facing these days.  MS